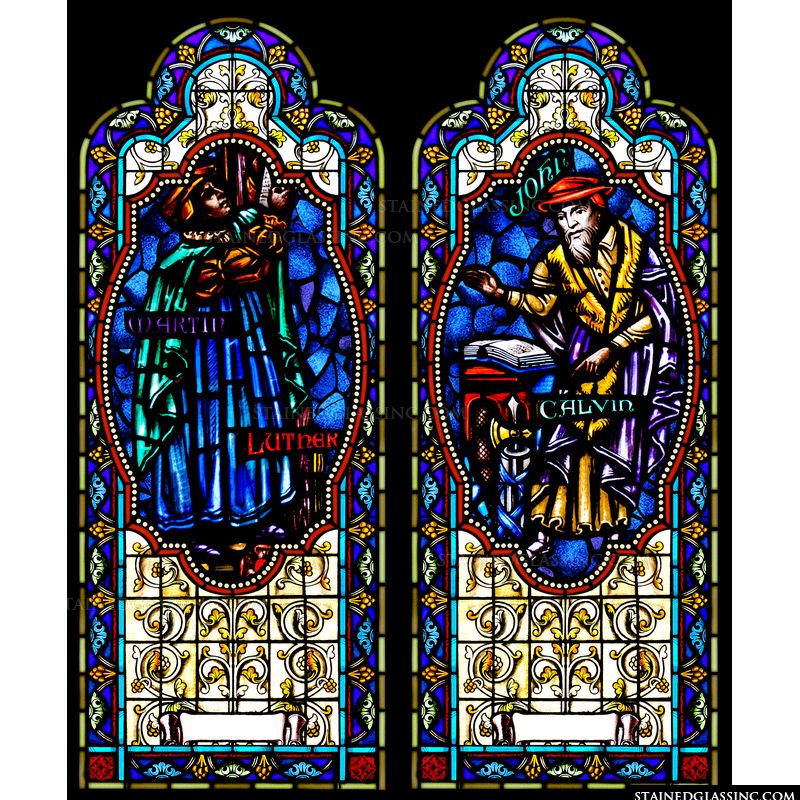 Depictions of leading Protestant figures Martin Luther and John Calvin are featured in this stained glass design. Luther, who is known for starting the Protestant Reformation in the 16th Century, and Calvin, the leading French Protestant reformer, are captured in glorious detail. This two-part artwork makes use of an arched frame with Gothic patterns and a striking blue backdrop that is sure to catch the eye of anyone who beholds it. Have this custom-made for a church or prayer room as a reminder of the rich history of Christianity.