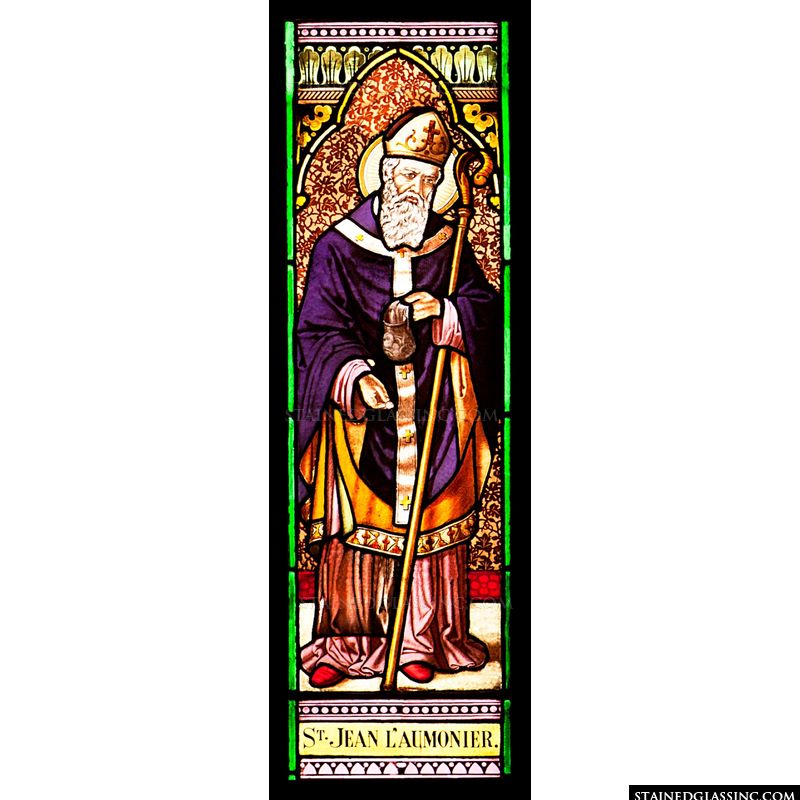 In English, he is referred to as Jean Chaplin, Jean V of Alexandria and John of Cyprus. Jean was born in the second half of the sixth century. He was patriarch of Alexandria and he became famous for giving his riches away as alms to the poor. This window features Saint Jean handing coins out from his purse. He is outfitted with his bishop's crozier. Jean became the archbishop of Alexandria in Egypt, the patriarch of the city. One of his first acts as archbishop was to identify all the poor in the city. He counted 7,500 of them and lodged them in his palace. This window is available in either the French or the English spelling of Saint Jean.