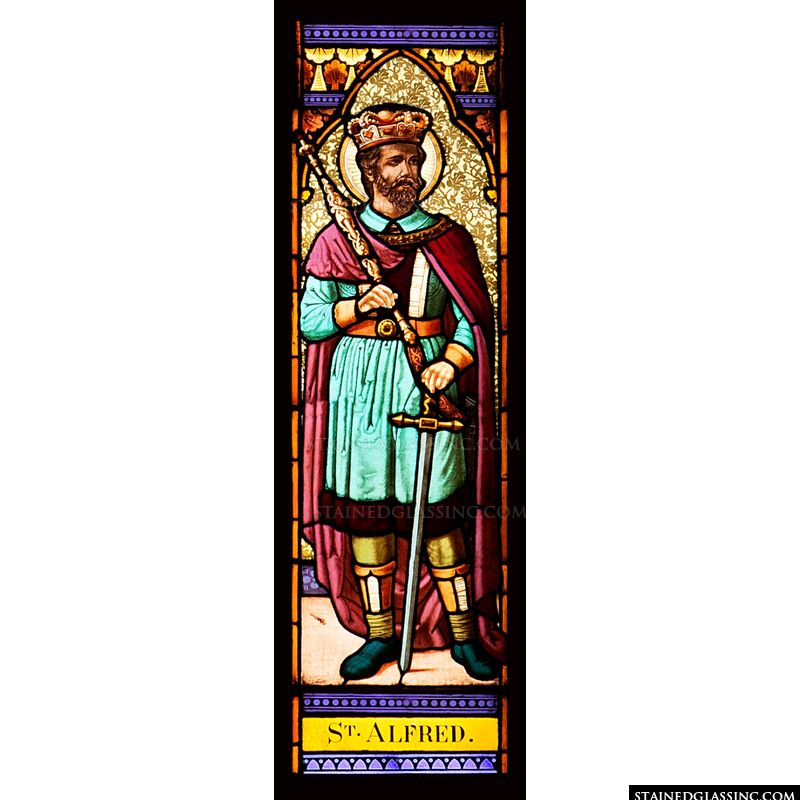 This window features Saint Alfred the Great. Alfred was the King of Wessex. He was a Christian king and scholar. Born in 849, Alfred was the fifth son of the Wessex king. He journeyed to Rome in 853 and was accepted as the godson of Pope Leo IV. A great scholar, Alfred translated several classical works for his people and many thought he was destined for a career in the church. Instead, Alfred became king. Alfred's work in the arts' literature, and especially for the church, made him a beloved figure in England. Alfred defended his kingdom against the Vikings attempted conquest and after his death, Alfred was canonized as a saint. The Anglican communion venerates him as a Christian hero, with a feast day on the 26th of October.