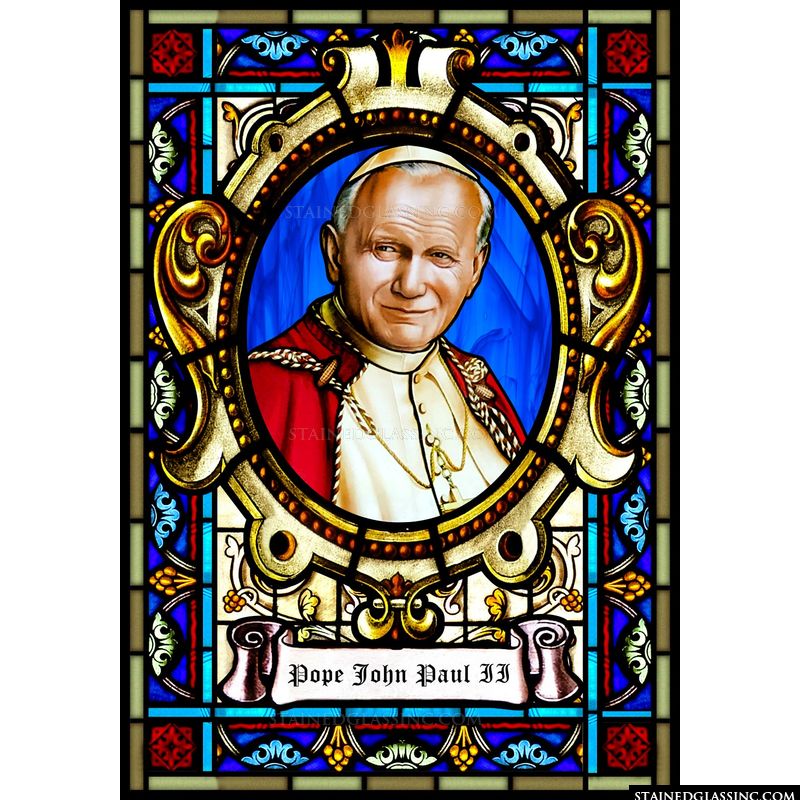 Pope John Paul II is the second longest-serving pope in modern history. He is known as one of the most travelled world leaders in history. St John Paul the Great has visited over 129 countires, beatified 1,340 people and canocnised 483 saints. Pope Benedict XVI proclaimed John Paul II Venerable and was beatified on May 1, 2011, after the first miracle healing of a French nun from Parkinson's disease. On July 2, 2013 Pope Francis confirmed a second miracle attributed to St John Paul intercession and was declared a saint and canoized on April 27, 2014.


A religious window like this would make a good addition to a house of worship or a hospital chapel.